Universities and university colleges in Sweden have been given a government assignment to work with gender mainstreaming. The aim is that the activities shall contribute to reach the national gender equality political goals. During spring 2017, a plan has been taken in front for how University West will work on gender mainstreaming. The work will then implement in the organisation during the period 2017-2019.

What is gender mainstreaming and why should University West work with it?

The purpose of the initiative is for the higher education sector to contribute towards the nationally declared gender equality objective of women and men having equal power to shape society and their own lives.

Unlike previous gender equality efforts, which have often been time-limited and only touched on parts of an activity, the purpose of this initiative is to develop ways that systematically integrate gender perspective at all levels and in all areas of the activity.

Since gender equality is created where decisions are made, resources are allocated and norms are created, gender mainstreaming perspective needs to be integrated throughout the activity. The purpose of gender mainstreaming is to counteract the issues that remain in the background and are conducted as a side activity instead of being part of the daily work and are carried out by the employees in the organization.

For University West, it is important that gender mainstreaming work is carried out on the basis of a broad understanding of the concept of gender equality in accordance with the intersectional definition of gender equality work in general, and also recommended by the National Secretariat for Gender Research.

Read more about intersectionality (In Swedish)

The plan and priority areas

The plan is to have an orientation plan, which means that it will be supplemented and revised as work progresses and our needs and opportunities become clearer.

In its efforts, the government has specifically identified three priority areas for university colleges and universities to work with:

Initially, four pilot initiatives are planned in three of our undergraduate programs and one in research education. The aim is to be able to draw lessons that will then form the basis for general strategies and methods of learning.

Read more about our pilots

Accounting of results based on the plan will be in the university’s annual report for 2017-2019. 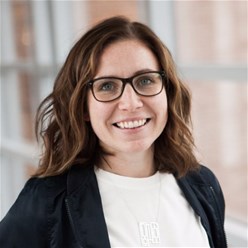 Read about the secretariat
Updated 14 Nov 2018