Christer Fuglesang, Sweden’s first and only astronaut, was greeted with loud cheers and applause as he took the stage at University West. The audience consisted of five hundred secondary school students who eagerly awaited hearing about his two trips to space. 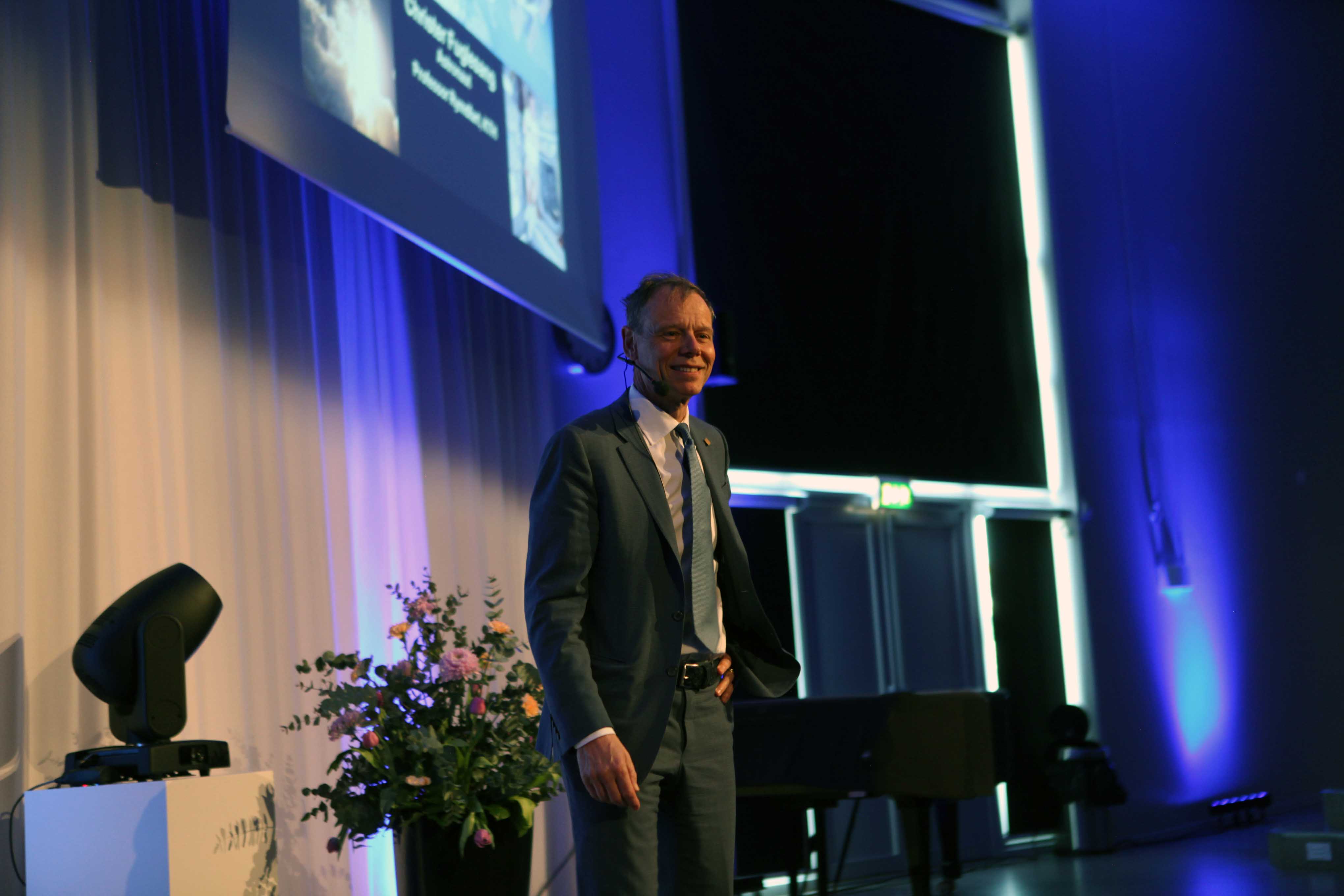 Space exploration is becoming increasingly important for life on Earth. Through new technology satellites are becoming smaller and we can collect more and more data from space. Private companies and entrepreneurs are investing in space, and Trollhättan is at the forefront of this development. Mr. Fuglesang’s visit to campus was part of Rymdforum 2019, an international conference focused on space exploration organized by GKN Aerospace, Innovatum Science Park, the City of Trollhättan and University West.

Before Mr. Fuglesang’s presentation, the pro vice-chancellor of University West, Jan Theliander, greeted the audience. He was happy to see so many in attendance but also that so many of the youngsters were on campus for the first time. He hoped to welcome them back, possibly as students at the University.

Mr. Fuglesang started his presentation by summarizing his career, and how he had always loved to study. Physics was his favorite topic in school and that interest eventually landed him a position as a particle physicist at the particle accelerator in Cern, Switzerland. In 1990 he applied to be an astronaut after seeing an advertisement from the European Space Agency (ESA). After two years of testing he was selected as one of six astronauts from Europe and put through rigorous training in Russia and the United States. His first journey to space took place in 2006, more than 14 years after applying to be an astronaut. His went back to space in 2009.

During his talk he used photographs and film clips to describe what it’s like to travel to space – from explaining how the spacesuit works to carrying out everyday activities like eating, sleeping, exercising and taking care of personal hygiene.

- The space walks, and the views I had while on them, were certainly some of the most memorable experiences. Space “walk” is actually not an accurate description as you’re really climbing on the outside of the spacecraft, secured with a safety harness. Without that harness you would truly be “lost in space”.

Mr. Fuglesang kept the audience captivated throughout his 30-minute presentation; not an easy feat considering the average age of the listeners. Afterwards he answered questions about issues like food and what it’s like to go to the toilet in space.