Children growing up with economic disadvantage: Children and parents’ experiences of receiving economic support from a charitable foundation

The Mayflower Foundation (Majblomman) is Sweden’s largest children’s charity and has 650 local associations evenly spread throughout the country. The mission of the Mayflower Foundation is to fight child poverty. As well as providing financial aid on a local basis for children in need, as a special interest group the Foundation lobbies national policymakers on issues affecting children and aims to influence public opinion in the longer term. Recently, due to fiscal cutbacks in the Swedish welfare system and increasing numbers of families finding themselves in economic difficulties, the Foundation has found itself providing economic aid to increased numbers of families.

The aim of the study is to explore, from the families’ perspective, the experience of receiving financial aid from a charitable association. This is of particular interest in the Swedish context where there is a long history of state provision and a social democratic state welfare system where families are not expected to have to seek economic support from charitable sources. Consequently, it becomes important to better understand what it is like to receive financial aid in these changing times and circumstances. The research questions are centered round themes including the emotional impact and practical consequences of receiving economic aid, and around the process of applying for economic aid.

The study is part of a larger study "Children’s  economic conditions in Sweden 2016: The experiences of the most vulnerable children and young people". In this research analyses are made of applications for economic support (N=500) to the Mayflower Foundation’s local branches (the selection made based on the 10 different local authority types identified by SKL). The working practices of the local branches of the Mayflower Foundation in the grant decision-making process are studied, and a macro-level analysis of the role played by the Foundation in civil society is also undertaken. 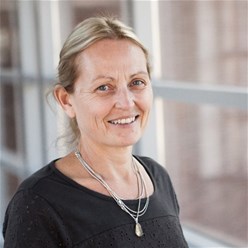